Adenosine diphosphate (ADP) is an organic molecule which plays a central  role in cellular metabolism and energy transfer reactions. ADP is a product of ATP de-phosphorylation and can be rephosphorylated to ATP or further de-phosphorylation to AMP. This cycling of ADP is central to transferring potential (thermodynamic) energy from one source to another. Besides its involvement in glycolysis, citric acid cycle and oxidative phosphorylation, ADP is also stored as dense bodies in blood platelets. Upon platelet activation, ADP is release which leads to further platelet activation through APD receptors (1-8). 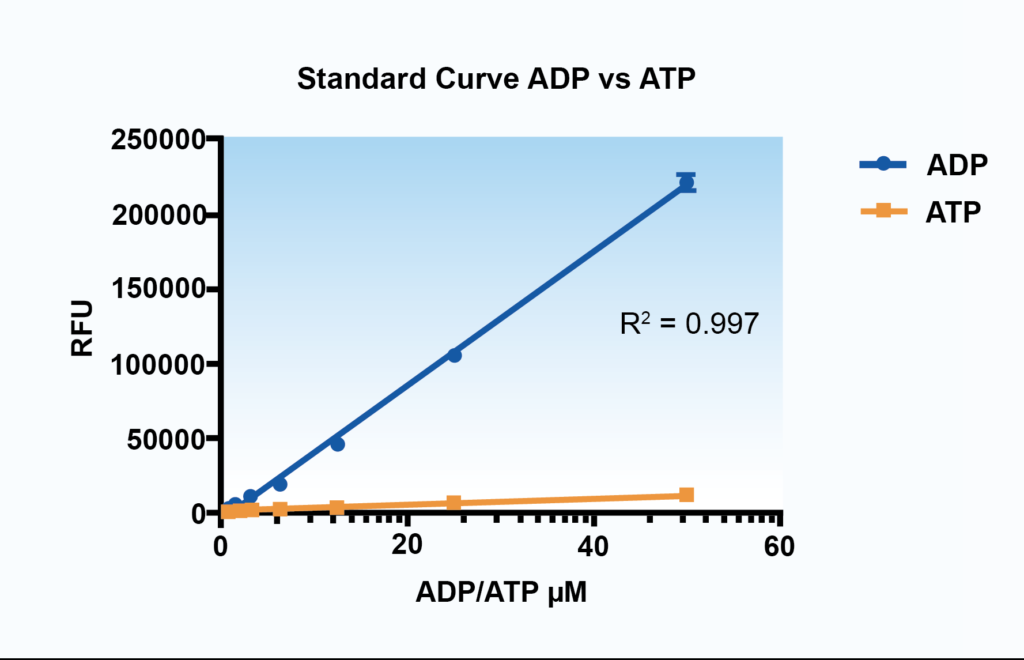